What You Need to Know About Grafts in ACL Surgery

The purpose of a graft in ACL reconstruction surgery is to replace the torn ligament after injury. It is not possible to repair a ruptured ACL by suturing it back together and achieve a consistently stable knee. There are three common choices for a graft: allograft, patellar tendon and hamstring.

A frequent question that I get asked at Cary Orthopaedics: “What is the best choice for a graft?” All three options can achieve excellent results; however, there are some differences you should know about.

A benefit of using cadaver tissue is that there is no morbidity from harvesting material from the patient undergoing surgery, meaning that there is no pain or potential adverse consequence as a result of obtaining the graft.

A potential problem is the sterilization treatment can weaken the tissue. This was especially an issue with previous methods. Also, obtaining the tissue and processing it significantly adds to the expense of the procedure.

A major downside is that an allograft has a higher failure rate than either a hamstring or patellar tendon. A multi-center study over several years, the MOON study, demonstrated that the failure rate in young people was about four times greater than using the patient’s own tissue. This has led to this graft falling out favor for many surgeons especially in patients in their teens and 20’s.

Patellar tendon grafts have been used extensively for many years. The graft is obtained from the patient’s tendon just below the kneecap (patella). It is attached to the bone on each end, and it is harvested by using a saw to remove a plug of bone on each side along with a portion of the tendon.

Usually, the central one-third of the patellar tendon is used, which is about 10 millimeters wide or about half an inch. The plug of bone on each end of the graft allows it to be very solidly fixed with screws when reconstructing the ACL.

The bone portion of the graft allows it to incorporate and heal very quickly into the tunnels used for the reconstruction. It is quite strong. Biomechanical studies have shown that it is about 70% stronger than a normal ACL at the time of implantation.

The biggest concern is a higher incidence of pain in the front of the knee at the graft harvest site. This can be bothersome getting back to sports, running and stairs.

Patients can also complain of pain when kneeling that may never completely resolve with time. 53% of patients will notice numbness in the front of the knee as a result of cutting a small sensory nerve branch during harvest. This tends to become less bothersome over time, however.

Use of patellar tendon grafts may also cause a higher rate of scarring in the front of the knee, which can lead some patients to experience difficulty achieving full extension after surgery using this graft compared to others. This is a very rigid graft and potentially could lead to a limited ability to fully straighten the knee. Finally, some patients will have some loss of strength that can be up to 20% at one year and 15% at three years.

Hamstring grafts are another option. Typically, two of the hamstring tendons are obtained by using a small incision just below the knee. Two long lengths of tendon are obtained that allow the graft to be doubled over and so achieve a quadruple graft.

Since it has four tendon strands, the graft is very strong, up to two or three times the native ACL.

Hamstring grafts have been associated with better extension, lower incidence of post-surgical arthritis and better extension strength. One study on high-performance athletes showed that 98 out of 113 were able to return to the same level of activity after surgery as that prior to the injury.

The weakest point, however, is the fixation of the graft to the knee. Unlike the patellar tendon, there are no bone plugs and so the soft tissue part of the graft must heal in the bone tunnels. This means that fixation initially may be less solid, and it may take longer for the graft to heal within the tunnels.

Nowadays there are better techniques to fix the graft on both sides of the knee. In the past, bulky hardware was used, and patients often complained about it. This is no longer the case with newer implants. The graft tends to be somewhat less stiff than patellar tendon, but this does not seem to lead to worse results. Some studies have shown some residual weakness in the hamstrings after using this type of graft.

My preferred graft for ACL reconstruction

Most studies show a very high rate of patient’s satisfaction with ACL reconstruction regardless of the type of graft used. The majority of papers show no difference in looseness of the knee after surgery, functional results or knee scores, but there are variations in outcomes.

I have used all three grafts in my practice. My favored graft is the quadruple hamstring graft at this point due to newer fixation techniques that achieve solid, stable fixation allowing rapid rehabilitation postoperatively. I do not run into issues with prominent painful hardware after surgery these days with the new implants available. In my experience, patients tend to have less pain initially after surgery making physical therapy somewhat easier than with patellar tendon.

Although patients with allograft tendon to have an easier time initially after surgery, I would not use this type of graft in the young person due to the higher failure rate. Patients with hamstring grafts are able to have a reliably stable knee with proper function that enables his or her return to sports and an active lifestyle.

If you have more questions or have an ACL injury, request an appointment at Cary Orthopaedics. 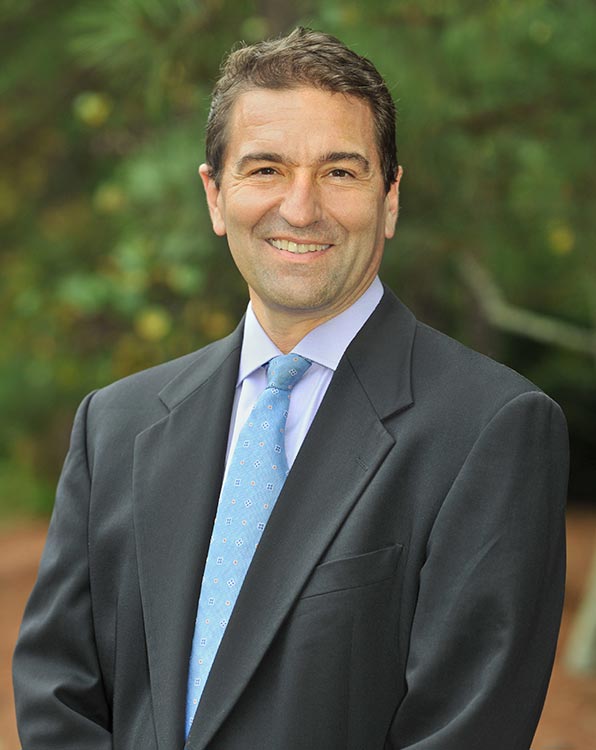 Use this e-form to schedule your appointment.